Just so you don’t think I’ve completely disappeared and to say a quick hello to my new followers. I promise to muster the ___________ to write and start posting regularly once again. For now just a quick Duo- One picture and some tunes.

Oddly when I saw this photo and quote (whose I’m unsure) I thought it was describing me. My friend thought I’d run off to Paris. One can dream. Oh wait, I do…often.

Come Away To The Water – Maroon 5 Feat. Rozzi Crane

I have been restless of late. Disquieted by this life and longing for my college days. Not because they were particularly great. Oh contraire! I yearn for the sense of release I had found during those days, when restless and unable to sleep, for my quiet place, where I let loose the pent up feelings and emotions that bind. Where I set myself free and quieted my mind.

In the wee hours of the night I would cross the campus to the theater building and make my way to the dance studio. There as I had so many times before I would dance with utter abandon. Till exhausted I collapsed under the skylights. Released. Unbound. Free.

Now time has progressed. I am not as young and nimble as I used to be. I long for the freedom of expression through movement that my body once obliged me. For that yearning, that desire to explode from the inside, to open myself wide to the glory of my soul, a whirling dervish spinning towards heaven. And sometimes late at night that call still beckons.

Then I received an email from an old high school friend, my something extra below, expounding the advantages of taking a dance break. So I decided why not give it whirl. Even if only a brief moment at my desk I could let go. Now this by no means reached the level of my late night self-explorations but it seemed to help. So if you feel so compelled go ahead and give it a shot. Let Loose!

~ How to properly take a Dance Break from Stress. First Check out Rob Scott’s instructional video and then try turn up the tunes for your own party. Try Rob’s song selection. It’s definitely my kind of Friday dance party release. Feeling Funky. Or you can try my current favorite groove and get lost at sea & sing until you have no voice. Worked for me.

This week has proven to be another one for the books. Lots of news in my personal life…. some good…. some bad. Can’t say that it means things are balanced out. The scale is still tipped downward and has been for some time.

I drew Wonder Woman this week for inspiration. I figured, if I created her, threw her out into the Cloud, I might begin to feel more like her; channel her strength in a way. You know beauty, brains and brawn. Seriously who wouldn’t want to be bulletproof these days, be able to tell when anyone is telling the truth, or occasionally be invisible. And if you don’t know how she accomplishes all of that then shame on you…..you have homework to do.

My Wonder Woman is part of a series of motorcycle gear I envisioned years ago inspired by superheroes. Because truly motorcycle racers nearly are superheroes. That or just a little crazy. I wish I had made the base of her helmet blue but I can play around with that later.

I also finally managed to list some of my photographs for sale on my Etsy store so if you have time PLEASE check them out. Let me know what you think! And of course, if your interested, buy something.

Hope you enjoy your weekend. Until then here’s a…….

A Little Something Extra

Well, recently on V-Mac & Cheese, Victoria posed the question “What’s your all time favorite song?” She wanted to know the songs you never tire of.  She explained her habit of listening to songs over and over again until they become deeply ingrained in her head. Going so far as to listen to the same mixed CD in her car for three months.

I, too, will listen to songs over and over again endlessly. CDs remain in my car for months on end. I have songs for every major moment in my life. Love songs, divorce anthems, heck, even theme songs for friends. But if forced to pick just one piece of music above all others it has to be Brahms violin Concerto in D major. I listened to it every night as a child.

I don’t have a rational explanation for why Brahm’s ode to his friend Joseph was my song starting way back in elementary school. I can’t say if I picked it or if it picked me but every night through my earphones I would fall asleep to its melody. The rapid scales, broken chords, rhythmic variations and bow work of Itzkah Perlman’s stradivarius translating away. I could feel it in my skin from toes to crown. I knew its movements.

Music has been a part of my life as far back as I can remember; from the sweet lullaby Baby’s boat, or my grandfather playing piano to lull us to sleep and Rhapsody in Blue to awake us in the morning. My family used to sing old jazz standards of Ella and Louie and folk songs at the end of an evening after dinner. There was something almost magical the way the voices of my aunts, uncles, cousins, grandparents, parents, and siblings were melded together. I am awed by people, who hear the harmony and can wind themselves naturally in and out around a melody.

I joined the choir, jumped head first into musical theater and dreamed of being a country singer. I remember navigating the intricacy of teen romance belting What’s Love Got to do with it? on my late night walks. And I love musicals. Pretty much all musicals including the latest TV varietals of Smash, Nashville and Glee.

Music for me is deeply intimate, sensual, and spiritual. It can caress, move, and haunt . Certain voices swim along my skin climbing my neck, shiver plunging down my spine, lingering. Sometimes I even get goose bumps. Josh Groban’s one.

I understand how Orthodox Jews contend that a women’s voice is immodest and that singing for a non-related male would be improper. A woman’s voice is considered ervah or naked. Believed to invoke a passion to be shared between only one man and woman. But if my admission above says anything perhaps it should not be restricted to the female voice. A Man’s voice can be as powerful, as penetrating, as passionate, as naked.

I love the blending of voices. I use to believed this union of resonance would signal when I found “my match”. I envisioned our voices would fit, weave into one another as if musical harmony itself would be my yente. It brings a whole new meaning to “our song”. Yikes I think I hear a reality show in the making. Of course my ex-husband wanted to sing Sheryl Crow’s and Kid Rock’s Picture at Karaoke. Undoubtedly, a great choice, but perhaps I should have seen the foreshadowing in his request.

Songs became themes for my life: love, death, loss, friendship, freedom and growth, defiance and change. They’ve all had a tune. And these songs have become my soundtrack.

I compiled a song list which as it turns out after over 40 plus years is far too long to share. So I narrowed the list down to the last five years only. But this left off some classics like Pat Benatar’s Hit Me With your Best Shot, Forever young by Alphaville, Just Another Day by Oingo Boingo, Anything and Everything by Heart or James Taylors to name only a few. And no self-respecting girl raised on the streets of Philadelphia could leave out The Boss.

Tell me what’s on your playlist?

The Soundtrack of The Last Five Years of My life

Additional Reading: Follow A Path Beyond Logic, Where Inspiration Lives ~ Kenny Logins tells the Huffington Post about music from the soundtrack of his own life (journals following his divorce) and the melding of voices with Gary Burr in what he calls “sibling harmony”. Then ultimately incorporating Georgia Middleman for a three part blend of pure magic. I wish I had read this article before writing last weeks Where Inspiration Lives. I would have incorporated the following excerpt, “Something pushes you when you make art for a living, something beyond logic. Julia (my ex) used to call whatever that is, “the bread crumbs we follow to get to ourselves.” So you look for the diamonds hiding in the grass because that’s where inspiration lives, that’s where the fun is, and that’s what making music is all about. Creating something to spark you, some new musical landscape to explore, to get the creative juices flowing. It’s what keeps you young. Hell, even alive.”

It’s that time again. The students at NYFA are preparing for the upcoming Fashion Show in April. This means finishing their garments for 5 looks, choosing models, styling the show, and of course picking their music. So in that vain here are a few more choices.

You Wear it Well by Debarge

This one’s for the men. It is Mens week on the blog after all.

Way back in my day the song was I’m too sexy by Right Said Fred. Today it has to be LMFAO Sexy and I Know It.  I of course would use Glee’s version with Ricky Martin.

Can’t you just hear it on the runway?

If This isn’t it then how about something from the band Of Monsters and Men. If you haven’t heard them yet …its time to take a listen. 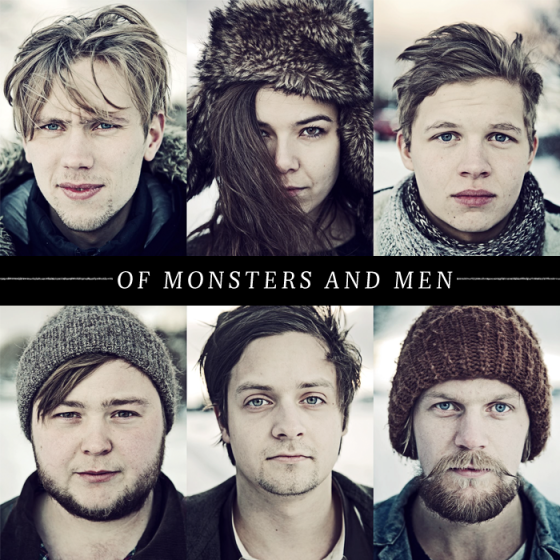