I don’t know if these belong in Favorite Things or Creative Crushes. It is a  hybrid really- each thing I’m craving has an artist behind it I’m ÜBER crushing on.

First up, this Artwork by Katie Rodgers (Paper Fashion) that was made into a scrumptious dress from Bow & Drape and worn fabulously by fashion blogger, Blair Eadie of Atlantic-Pacific. It is a trifecta, one favorite thing and two creative crushes. Hello! 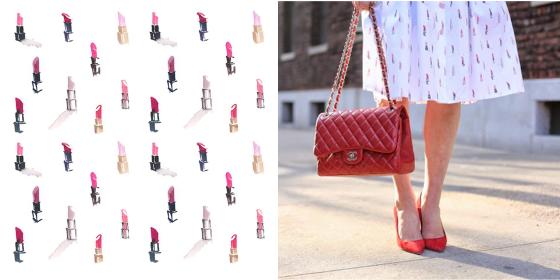 Okay, this next one really falls in creative crush. Because the work of Theron Humphrey lights me up on a myriad of levels- titillating my wanderlust, my creativity, my sense of wonder and yearning for connection. He is a visual storyteller. Frankly, he even makes me want to BE Maddie. And I never imagined I’d ever say I want a dog’s life. Oh, and a coffee table book of Theron’s work from This Wild Idea would be fabulous. Printed by Artifact Uprising, of course. 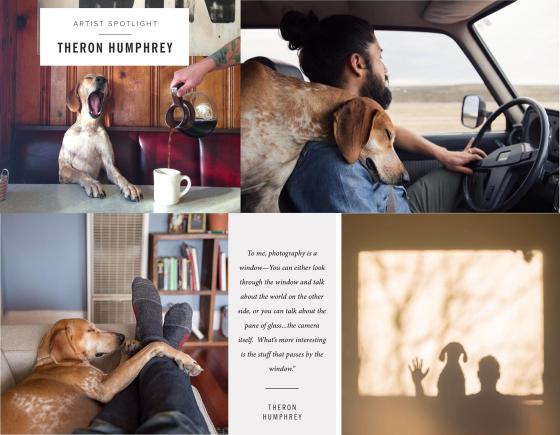 Finally, we come to a simple t-shirt that I must obtain. Because under these words beats the heart of a poet, not mine (not yet), one of my favorite poets. I’ve decided that as I write a poem a day for NaPoWriMo I should don this t-shirt. Perhaps a little osmosis occurs. One can hope that for the briefest of moments I might tap into the same flow as Anis Morgani. And for any of you who may have been living under a rock and not know this man’s greatness (in my opinion of course) I’ll share his words. The Editor of Radius explained it best “Mojgani is fearless in the face of exposing his own humanity in his poems, and his writing positively drips with emotion and even a deep sense of spirituality.”  But you can decide for yourself.

On the day his son was born, the astronomer screamed out the window: You! This! This thing that beats the inside of our hearts? Is a beautiful curse! Know this & fling it hard enough into the air to make new charts! Shortly afterwards the astronomer realized his newborn son, his wife, & the birth all were but hallucinations, so he sat with a pot of tea & became a trapeze artist instead.
By Anis Mojgani

I found you inside a book of stars called
Sunday Starts at Saturday’s Dusk.
It was turned to a page marked “For when.”
I crumpled up my spine and became a mouse.
You were a planet.
I was the one prayer spoken
in the short little life
of a dust mite
trying to be a sword
hoping to become a twig
a constellation
or at least an answer
to somebody’s question.
I was born in the year of the swan.
My arms
were born in the year of the fish–
a corner of me was something truly spectacular.
My tongue felt like truth.
I had trouble swallowing it.
Names came from legends.
Or legends from names–
I forgot the order.
My mother wrote the origins of myth
on the inside of underpants.
I walked pantless to become closer to what I was.
I set the wheelbarrow on fire
climbed inside
and looked for a hill to ride down.
I was at the bottom of one.
I pushed the barrow up it.
Halfway up it rained.
Cussing doesn’t come from a lack of vocabulary–
I know all the other words.
None of them speak the same language that my fucking heart does.